Alicia Ernand is a Spanish Dialect Coach, a California Certified Court Interpreter, and a leading provider of interpreter continuing education courses. Although her home base is in Los Angeles, actors nationwide train with her online via Zoom.

She feels blessed to be able to use her language skills in two diametrically opposed worlds. The real world where non-English speakers who have been convicted of a crime are legally entitled to the services of an interpreter, and the film industry that brings the stories of what happens in court to the screen. The accents that are so familiar to her from court hearings such as Argentine, Cuban, Colombian, Dominican, Mexican, Puerto Rican, Salvadoran, Venezuelan, etc., are the accents that come to life on movie sets as she coaches actors.

Ernand’s passion for Spanish, the ultimate Romance language as she refers to it, is very palpable in all her professional endeavors. While countless interpreters listen to her audio presentations to perfect their interpreting skills and neutralize their accent, countless actors listen to their recorded lines to perfect their performances and get the accent just right! She loves the contrasting aspects of her career. On any given week, she navigates through movie sets, Zoom training sessions, First Degree Murder Trials, and jail facilities.

She holds a Bachelor of Arts Degree in Psychology from Florida International University, and a Certificate Program Degree in Spanish/English Interpretation and Translation from UCLA. In addition, she completed extensive course study in Journalism at California State University Northridge. During her internship there, she wrote, produced, reported and anchored for KCSN. She received the “Gold Press Card” award for Best Radio Documentary. 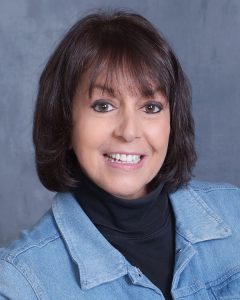