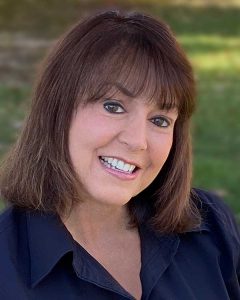 Alicia Ernand is a highly respected Spanish Dialect Coach and Language Consultant. Her degree in Psychology from Florida International University, coupled with her degree in Spanish/English Interpretation and Translation from UCLA, as well as extensive linguistics training, are instrumental to her success.  Production companies utilize her expertise in all stages of the creative process: casting accent assessment, pre-production coaching, on set coaching, and post-production ADR.

In her private practice, she coaches a wide variety of actors: series regulars, academy award winners, telenovela stars, working actors, and commercial voice-over actors. Their common goal is to increase their English and Spanish accent expertise. Gone are the days where actors who spoke English with an accent were cast strictly in bit parts portraying immigrant characters in subservient positions. There is a tremendous influx of films and TV shows portraying actors code switching from English to Spanish, and Spanish to English. This is evident in both American and Spanish productions. After the infamous words, “It’s a wrap,” many dedicated actors continue working with Ernand to perfect their grammar and vocabulary skills in preparation for red carpet events, press junkets, and promo tours. They are inspired by her slogan, “Savor your accent with proper grammar.”

Her TV Dialect Coaching career started 15 years ago teaching the late John Spencer to speak Spanish with a Cuban accent in his role as White House Chief of Staff on the The West Wing. On True Blood, she coached Kevin Alejandro, the late Nelsan Ellis, Fiona Shaw, and Paola Turbay to speak Spanish with the infamous lisp used in Spain. On Mayans MC she coached Carla Baratta, Guillermo Garcia, Ada Maris, Danny Pino and Emilio Rivera, with the rich variety of Mexican accents common to the Baja, California area.

After two years of Covid restrictions, Ernand enjoyed ending 2021 with happy Disney projects! On Encanto, she coached Disneyland’s Live Entertainment performers to speak with a Colombian accent as they personified the characters from the film at the amusement park events. Then she joined Ultraviolet and Black Scorpion, the new 2022 Disney Channel show, as a Spanish Language Consultant. She coached Brandon Rossel with a Mexican accent.

In the commercial world, linguistically, the big demand is for a neutral Spanish whether the talent used is a celebrity, an employee, or an actor. Advertising agencies want to be able to air the spot in the more than 20 countries where Spanish is spoken. Even in productions where lip-synching is planned for the finished product, Ernand has to coach the actor to use his/hers articulators correctly so the lip-sync is flawless. One such project was a very popular L’oreal campaign. She coached Beyonce, Elizabeth Banks, and Eva Longoria Parker.

To date, Ernand’s most rewarding professional challenge was coaching Kaori Momoi, one of Japan’s leading actresses, in the film La Habitación. Momoi plays the role of a Chinese, Spanish speaking immigrant, who lived in Mexico in the late 1800’s. Through a Japanese interpreter, Momoi and Ernand worked in perfect harmony. Her project of the heart, was working with child actor, Yael Ocasio, on the final season of This Is Us. She shares, “Finding children actors who can speak Spanish fluently is very difficult. Assisting him with a Puerto Rican accent was a real joy. He is perfectly bi-lingual!”